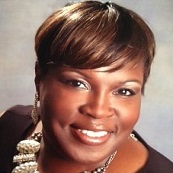 Nyamusi K. Igambi is the director of the U.S. Commercial Service office in Houston where she leads a team of international trade specialists dedicated to assisting U.S. exporters in the greater Houston area.

Prior to joining the U.S. Commercial Service, Nya worked for the Texas Department of Economic Development in Mexico City and Austin promoting international trade, tourism and economic development. She has been the recipient of two Rotary Foundation scholarships to Argentina and Australia.

Nya received a B.A. in journalism and M.A. in Romance Languages from Texas Tech University.